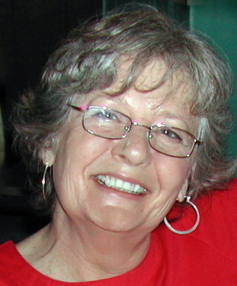 Sally was born and reared in Chewelah, the fifth generation on her mother’s side of a family that homesteaded here in 1886. A 1961 graduate of Jenkins High School, she attended WSU before marrying local hardware store heir, and later store-owner, Frank Foos, with whom she had three children: Jill, Troy and Sean. As a young housewife and mother, she took an active role in community affairs. Among other undertakings, she helped write and produce standing-room-only performances such as “Laugh-In, Chewelah Style.” As Community Celebration’s vice president, she worked with Liz Riley and others, to implement the first Chautauqua (spelling later changed) as a bi-cultural, arts-oriented celebration to mark our country’s 200th birthday.

Following her move to the Seattle area in 1975, Sally pursued her love of newspapers, working at various times for The Journal-American, The Seattle Times and P-I. Her roles in those companies included sales, PR, marketing, advertising, copywriting, design, photography and writing special sections. She also worked as a free-lance marketing/advertising consultant. She was remarried for a time to Doug Beane and they had daughter Amanda.  In 1999, Sally took early retirement from The Times and began a career in real estate, another lifetime interest.

By 2012, she and husband of 22 years, Robert Nein, another small-town native, decided it was time to leave the city and, for Sally, it was a chance to return to her roots. They made the move to Chewelah in 2013 and Sally joined Windermere Chewelah. Robert has a career background similar to Sally’s and both have become active participants in local arts organizations.

Sally brings her "making things happen" expertise to the PACA Board in addition to her strong support of the arts in our region. “I am committed to the success of this community and its people.” Sally says. “Cultural enrichment through the arts is a key component, along with our abundant natural resources, to attract people to visit and spend money here. As a real estate agent, I have learned that it also plays a large part in why people decide to move here. A vital arts scene is one pathway to a stronger local economy that also preserves the beauty and health or our environment.”