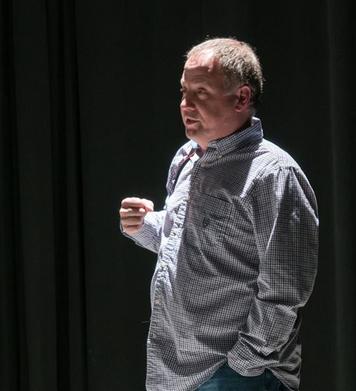 Joseph D Wulczynski moved back to Chewelah in 2000 having retired from the US Army in 2002.  Shortly afterward, he began making short videos and eventually became involved in theater with Park Avenue Players.  He has either acted, written, directed, or produced many of the their productions.  In 2010, he began working with local filmmaker Bill Nelson and has performed numerous duties on three motion pictures including actor, 2nd AD, and producer.

All of his children have been in theater, with two of them participating in the Jenkins High School Theater program. Joe responded to an newspaper article regarding a performing arts theater in Chewelah, attended the next meeting and has been a board member of Chewelah PACA ever since.